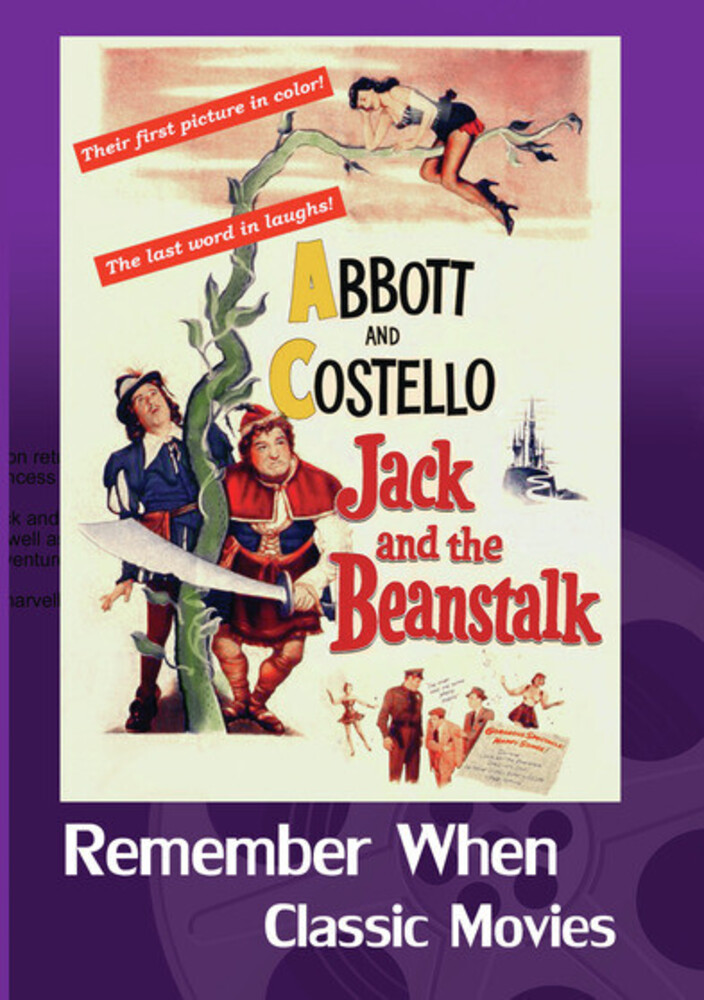 Jack and the Beanstalk
Format: DVD
New: Not in stock
Wish

Mr. Dinkle and Jack (Abbott and Costello) accept a babysitting job, but soon find the child reading the story of Jack and the Beanstalk to them. Jack falls into a deep slumber where he is the young Jack of the fairy tale. In his dream Jack learns that the Giant (Buddy Baer) lives in a castle in the sky, and has stolen all the land's wealth. Jack must sell the last family possession, their beloved cow Henry, to the local butcher, Mr. Dinklepuss. Along the way Jack meets The Prince (who is kidnapped by the Giant). The unscrupulous Dinklepuss pays Jack five magic beans for the cow. Upon returning home, Jack learns that the Giant has also kidnapped The Princess (Shaye Cogan). Jack and Mr. Dinklepuss try to save Nellie, the golden-egg laying hen, as well as Polly the housekeeper from the Giant. How will this fantastic adventure end? A marvellous classic with lots of wonderful song and dance numbers.