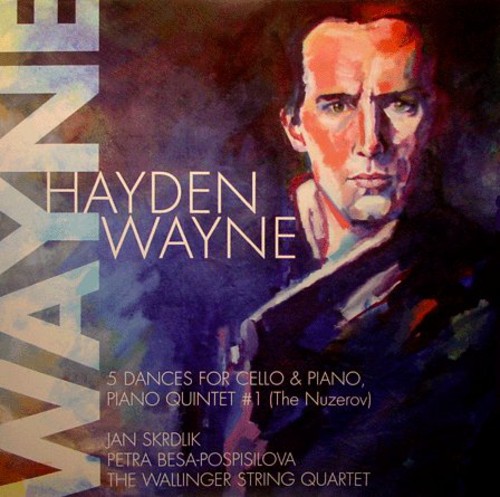 I cannot not create! And unless what I create resonates with the beauty of humanity, the beauty of this planet, I have failed my personal and artistic responsibilities. I compose because music is my instrument of conscious-ness. Without consciousness, we are doomed as a race, a species, a living organism. I am witness to a disappearing rain forest. I am witness to a sedation of consciousness through the anti-culture of television. I am a witness to separation and fear. The only antidote I have is Truth and Beauty as I see it, and let it come through me. My hope, my prayer is that I am part of creating that place where otherwise conflicting entities can come together as one. For me, that transcends all other matters of importance. Jan Skrdlik, cellist with the Wallinger String Quartet, asked me if I would write a piece specifically for him and piano. He and I had become friends as a result of collaborating during the recording of the Nuzerov String Quartets #1-10. He had even driven with his wife seven plus hours just to see Nuzerov and what had inspired my writing the quartets that he had so enjoyed playing. A little more than a year passed before I finally managed to settle in to write anything, let alone his request. I started the first movement, which is a Hoe Down, in November 2002, at our country house in Wappinger Falls, N.Y., but found myself so distracted that it took until February 2003 to complete it. Ten more months went by before I managed to address Jan's promised piece again on 12/17/03. I managed to compose the first eighteen measures of the second movement before I had to pack my bags and leave for the holidays, with my wife, Yitka, and son, Sebastian, for the family farm in the Czech Republic. Nuzerov obviously has some magic for me, because in the next two weeks, starting 12/22/03, I finished the second movement 12/24/03, wrote the REGGAE third movement 12/26-29/03, the fourth movement MEDITATION 12/30-31/03 and two hundred and twenty-four measures of the fifth movement before having to pack for our return to New York 1/4/04. Dealing with jet lag, catching up with all the paper work that had piled up and settling back into normal daily life, I didn't address the finale of the work until 1/17/04, finishing it 1/18/04. The Piano Quintet #1, written in Nuzerov, 6/28/02-8/6/02, was the first composition I wrote after my father's death. It is homage to the era in which he flourished as a musician, the romantically charged 1930's and 40's, with their Latin influences, and jazz and big bands. He continually performed at the piano until two weeks before his death at eighty-three. His love of music, which he so generously shared with me, was reflected in the eclecticism resulting from thousands of different "tunes" he knew from all nationalities. He loved life, adored women and was steadfastly loyal and dedicated to my mother. No matter where I was in the world, either by e-mail or by phone, we talked every day about music. Therefore, it seemed only fitting that I write and dedicate a work honoring his musical life.
This website uses cookies to personalize content and analyse traffic in order to offer you a better experience.
I accept Learn More
back to top