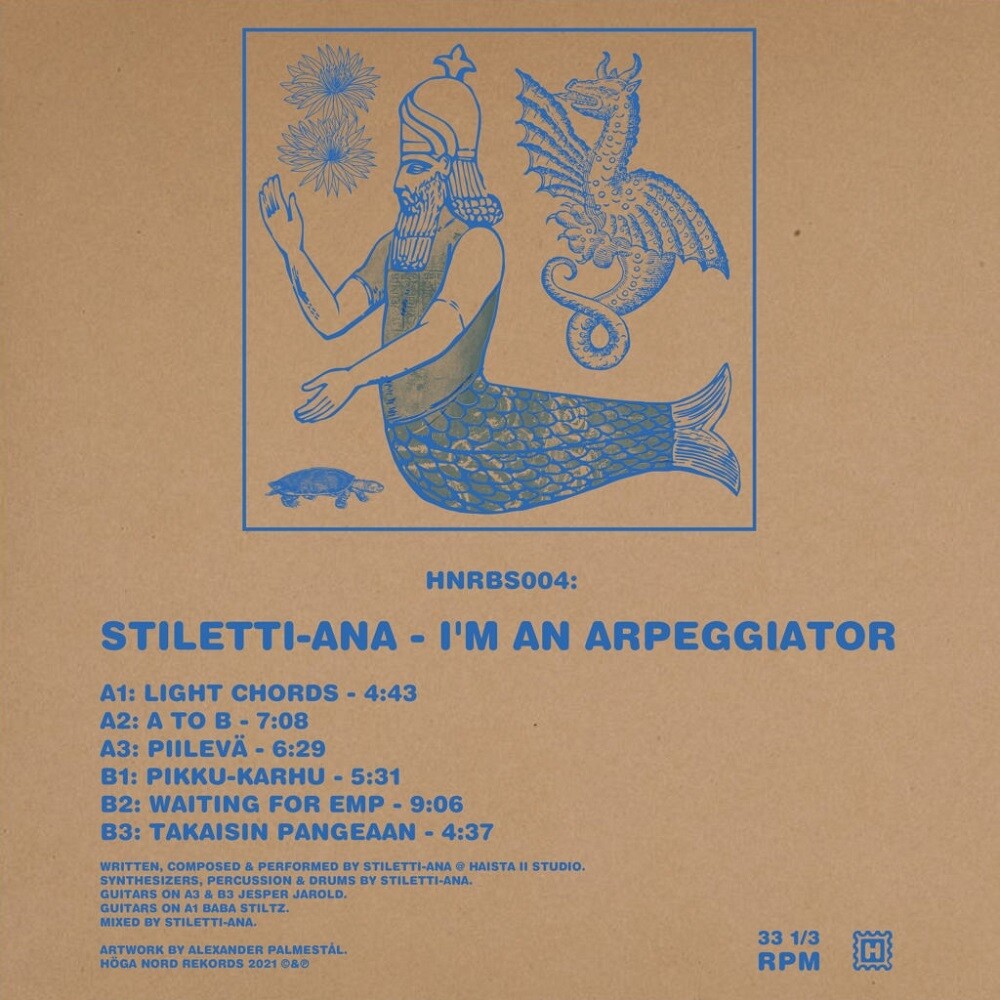 Stiletti Ana, part of the dreamy sunbathed electronic duo 'Jesse' and top tier in Finnish music production is releasing a new solo album, 'I'm an arpeggiator' on Hoga Nord Rekords. This album carries similarities to Jesse in both production and sounds but hides more ancient wisdom. A refined sound but with more edges left sharp and more of a mysterious vibe. As the sound professor he is, Stiletti Ana takes you in a tour of his vast collection of vintage synthesisers and in centre of attention sits the arpeggiator (hence the album title) which gives the sound much of it's repetitive character. Recorded in the legendary Haista II-studio outside Helsinki, 'I'm an arpeggiator' channels the energies from the waters and forest surrounding the studio, giving the music it's's escapistic and romantic character. This record is a transcendental trip down the paths of Boards of Canada and Manuel Gottsching, dedicated to the ancient Babylonian fishing god, Dagan.