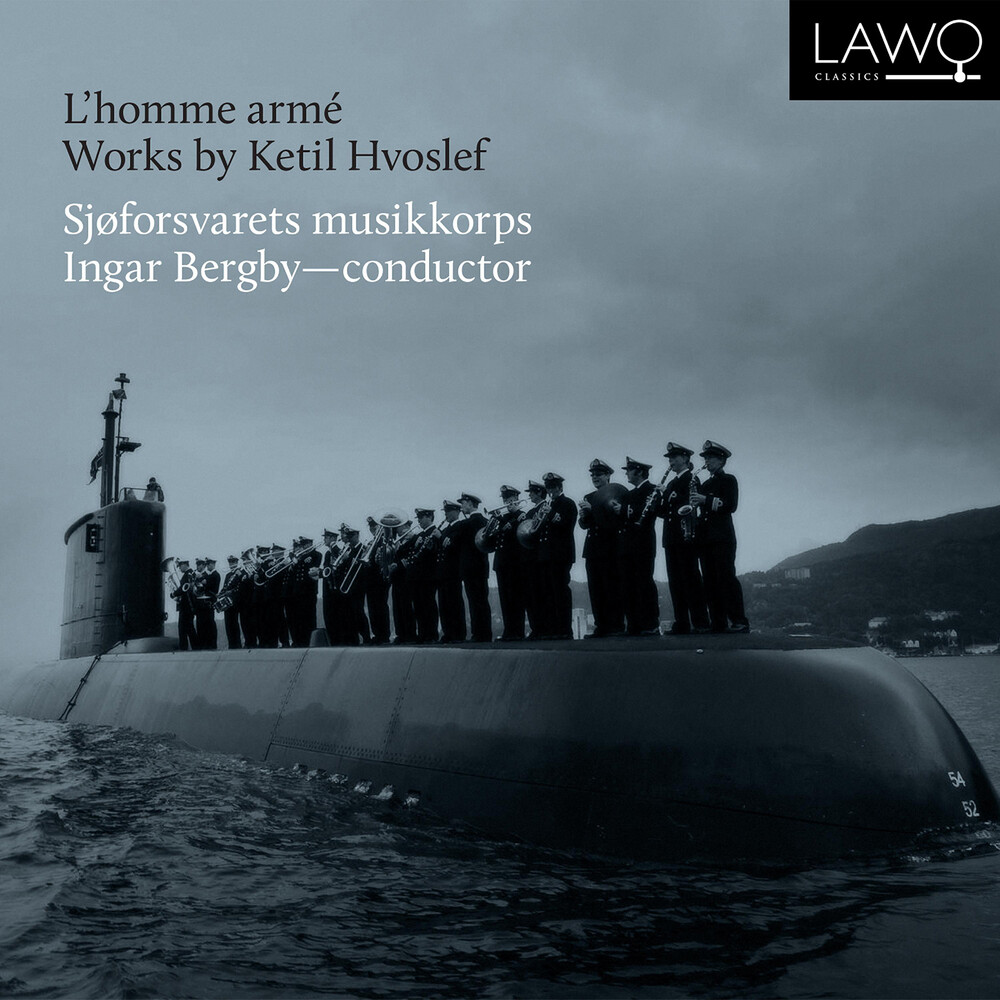 The Norwegian Naval Forces' Band (SFMK) has become acquainted with Ketil Hvoslef, both as a person and as a composer, over a period of several years. This musical cooperation and these personal encounters have been invaluable for SFMK. Hvoslef's generation is not one with a close connection to the digital world. He has only recently learned to use email. Our face-to-face meetings have given us a clear insight into his personal approach to music, as well as a richer perspective on the music than what the score alone could grant us. It has always been both desirable and natural for SFMK to engage with local composers and commission works from them. Having a well established composer with such a clear voice in Norwegian cultural life in our midst, it was only a matter of time before we approached Hvoslef about a possible cooperation. It began with the work L'homme armĂ© from 2012, which lends it's title to this release. Hvoslef has a secure place in Norway's music history canon. He can be considered a bridge between his father Harald SĂ¦verud's generation and today's younger composers. Hvoslef is entirely uncompromising in his approach to composition and seems to have only a casual interest in the musical environment. According to him, his only contact with cultural life is listening to Italian radio and he claims that he has little idea of what other Norwegian composers are up to. One can sense this clearly in his music; he is true to himself and his ideas whether he writes for wind band, chamber groups or symphony orchestras. It has been enriching for the Norwegian Naval Forces' Band to partake of the inebriating bubble inside which Hvoslefand his music have invited us.
back to top