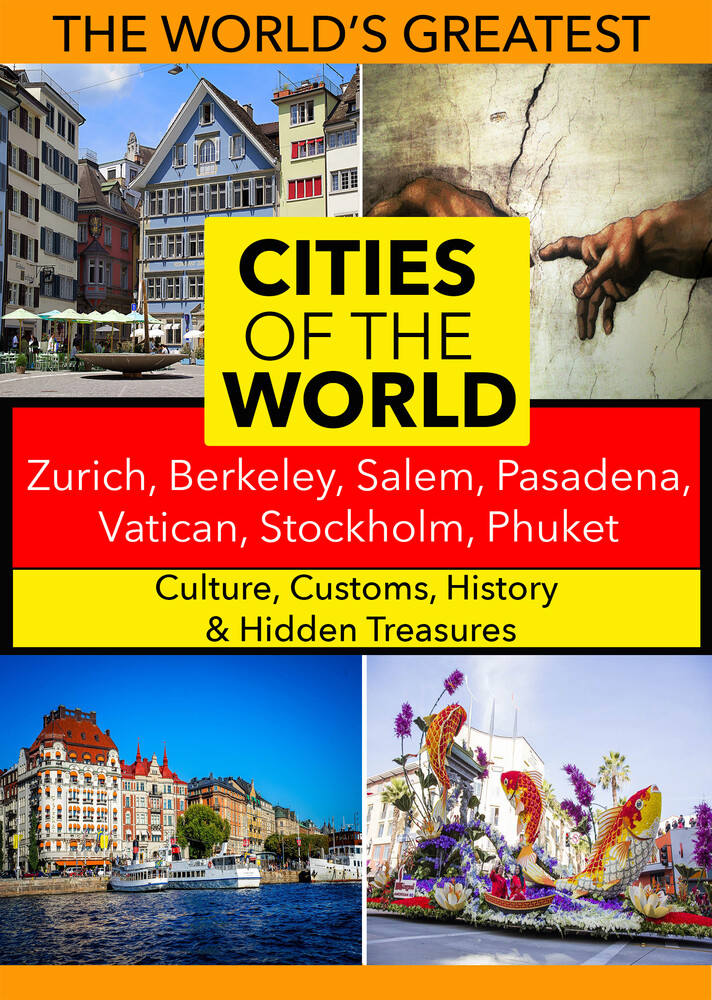 ZURICH: In the popular Kunsthaus, you'll find a lot of your favorite legendary artists, the likes of Van Gogh, Monet, and Chagall. Also popular among tourists is the stroll along Niederdorf. It's got fondue restaurants and souvenir shops left and right, within the old buildings and along the narrow streets. BERKELEY: Known for it's world-class university, liberal politics and cultural and culinary pursuits, Berkeley City. It is but a mid-sized city in the San Francisco Bay Area in California with much to offer. SALEM: Historically, the city is known for the Infamous Witchcraft Trials of 1692, a grisly past. Salem also holds one of America's finest museums, the Peabody Essex Museum. PASADENA: Discover Pasadena and it's unique charm. For a dose of the city's architectural history, there's the Pasadena City Hall. VATICAN: Vatican City, or the Holy See. It gained independence from Italy on the 11th of February in 1929. The very popular Vatican Museums - the Sistine Chapel, which is considered the private chapel of the pope. The gateway to Vatican City is Saint Peter's Square and Basilica. It is built on the site that covers St. Peter's tomb. It is considered one of the largest churches in the world. STOCKHOLM: One of the world's most beautiful cities, Stockholm is built where the lake meets the city and on as many as 14 islands. The city's rich culture and tradition dates from up to 8 centuries back. The Capital of Sweden is captivating. PHUKET: is the second-smallest province of Thailand and is located in the southern region. The majority of the residents in Phuket are Buddhist, but there are about 20% of Muslims in the province.