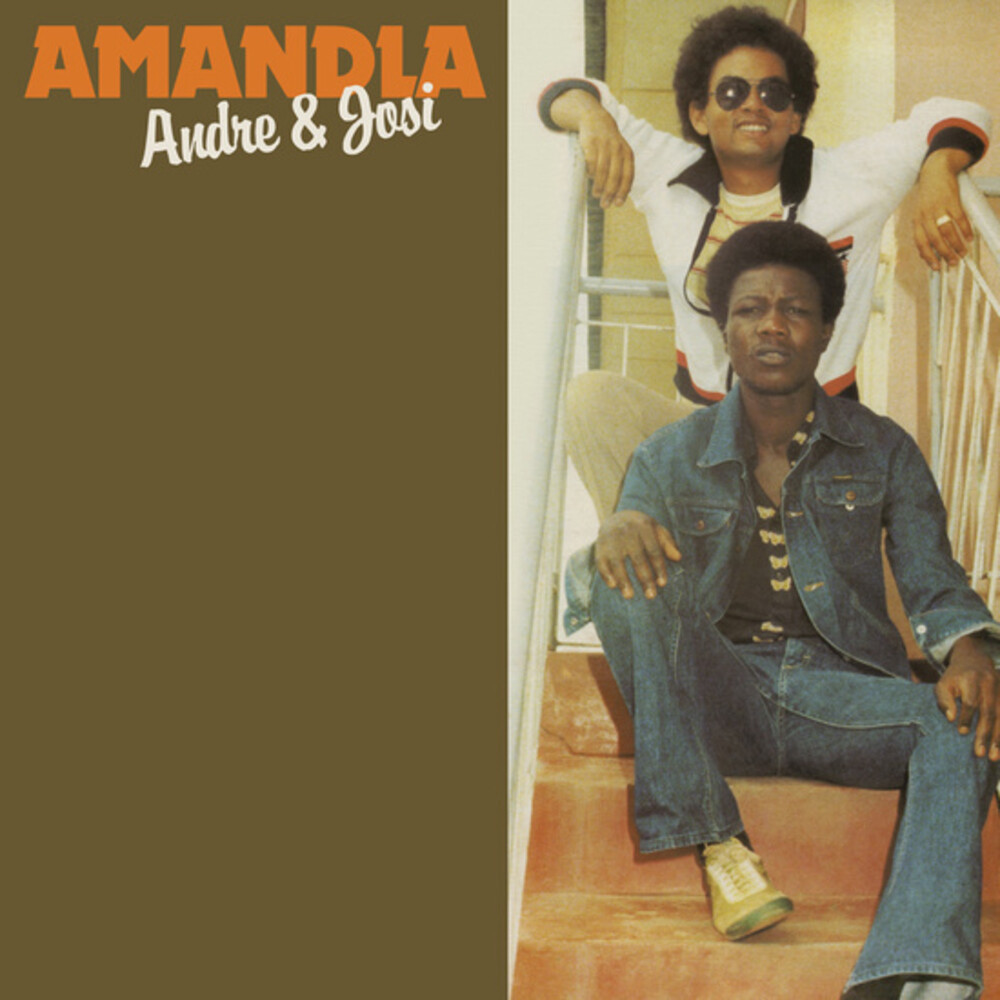 Having shown talent for playing guitar at a young age, Josi Ndlovu (Zimbabwe) started his first rock band "The Movers" (who were very popular within the local scene) in 1968. By the early 70s, Josi was already an acclaimed guitarist and a member of the revolutionary rock bands "Wells Fargo" and "Eye of Liberty" who were critical opponents of the racist Rhodesian government. Prosecuted and harassed by the police for being a supporter of the independence movement, Josi Ndlovu had to move to Lusaka (Zambia) in 1975... it was here that he met his musical soulmate (Osibisa collaborator and bassist extraordinaire) André Abrahamse from South Africa. They started playing together in several local acts together with drummer Peter Lungu (from "Born Free" and later in the legendary Zamrock band "Witch"). In 1977, Josi & André decided to go to Lagos (Nigeria) where they found many fellow Zimbabwean and South African students in exile. It was a total culture shock and really rough on the both of them... but they got lucky and were able to stay with some friends they had worked with in London (Themba Matebese and Uwandile Piliso of T-Fire fame). It was also here that they were approached by the Nigerian label "Boom Records" who booked them to record at the Decca Studios in Lagos (home to many other renowned recording artists such as Fela Kuti, Manu Dibango and Ofege). The result of these recording sessions was "Amandla" (the Ndebele word for 'Power'). The now legendary "Amandla" studio project is one of the most interesting collaborations between dissident, exiled musicians during the apartheid era... a very engaging album which talks about the liberation movement in Zimbabwe (which was under British colonial rule), 'people-power' as a concept and the walk towards freedom by any means necessary. Banned from radio and distribution (because of it's political content) in their native countries, the record however did very well in Nigeria. With the 'Amandla' album under their belts, André & Josi continued their traveling adventures to Botswana, Cape Town, and many other cities/countries... touring, recording and playing with influential artists from the likes of Rikki Ililonga, Tony Allen and Anna Mwale. André to this day keeps on composing and producing music for TV, film and various other audio projects. Josi Ndlovu passed away on September 7th, 2000... he will forever be in our hearts. On "Amandla" the listener will find many genres blended together very successfully... a lot of smooth chordal Afro-soul, Blues soloing, Afro-disco-reggae with a dominant funk feeling surrounding it and a LOT of rock influences! Their groovy tunes went down smoothly on the dance floor and one can clearly hear the Fela Kuti-influenced beats pouring out of (Lagos scene regular) Buttley Moore's fantastic drum work. Other influences are also very diverse... from acts and styles that include Zamrock, Earth Wind and Fire, Isaac Hayes, Miles Davis, Jimi Hendrix, Sly Stone, local folk music, etc. All of this makes the album a total must-have for any collector and fan of the afro-beat-funk genre. Tidal Waves Music now proudly presents the FIRST ever vinyl reissue of this fantastic Afrobeat album (originally released in 1979 on Boom Records Nigeria). This rare record (original copies tend to go for large amounts on the secondary market) is now finally back available as a limited 180g vinyl edition (limited to 500 copies) complete with the original artwork.