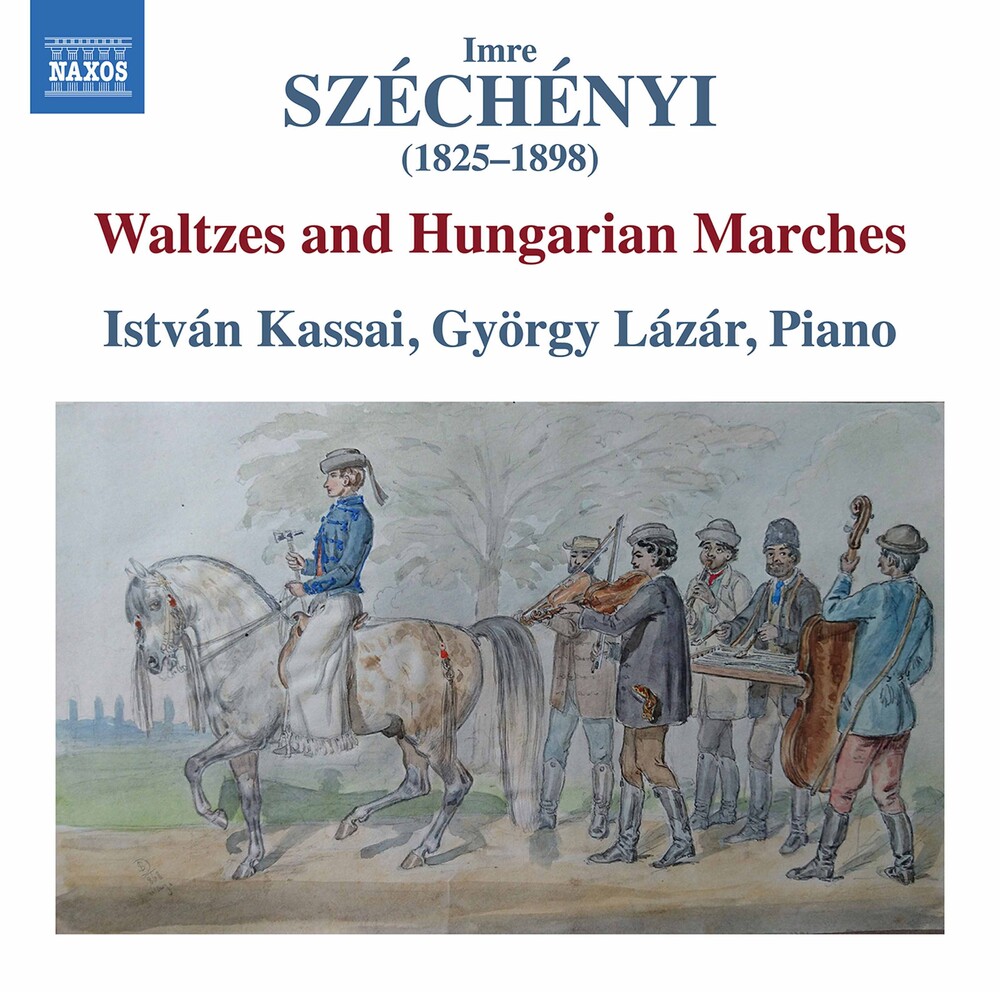 Count Imre SzĂ©chĂ©nyi of SĂˇrvĂˇr-FelsovidĂ©k was a highly regarded Austro-Hungarian diplomat and politician who counted Johann strauss as a lifelong friend, and whose dances were popular and much in demand in his day. SzĂ©chĂ©nyi composed waltzes throughout his creative period, but only a few of these have been preserved. His work was of interest to his contemporaries, and among these premiere recordings is Liszt's own arrangement of the Ungarischer Marsch. These lively and melodious forgotten gems are brought to life on a 1908 Bechstein piano previously owned by Wagner's grandson, Wolfgang.
back to top