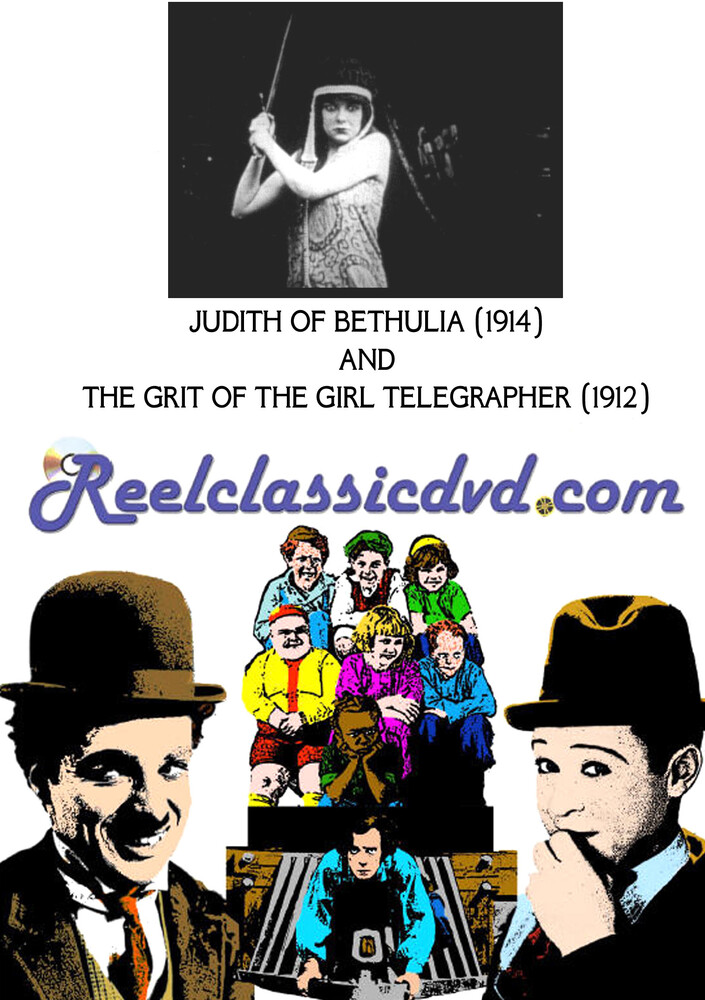 JUDITH OF BETHULIA starring Blanche Sweet, Henry B. Walthall, Mae Marsh, Robert Harron, Kate Bruce and Lillian Gish. Directed by D.W. Griffith. In this, Griffith's first feature film, Blanche Sweet portrays Judith, an attractive, devout widow. When the walled city of Bethulia is attacked by an invading Assyrian army, the city's supply of food and water are cut off, leaving the citizens within the walls to die of hunger and thirst. To liberate her people and end their suffering, Judith conceives a daring plan to seduce and kill Holofernes, the Assyrian General. A true landmark in the history of the motion picture, JUDITH OF BETHULIA showcases Griffith's remarkable skill in directing high drama as well as his brilliant staging of elaborate battle scenes, talents he would later magnificently display in THE BIRTH OF A NATION and INTOLERANCE. THE GRIT OF THE GIRL TELEGRAPHER starring Anna Q. Nillson, Guy Coombs, Hal Clements and Miriam Cooper. Directed by J.P. McGowan. A Kalem production filmed in New Jersey, USA. Betty is the train station telegraph operator in the small town of Oreland. A new tenant in her boarding house turns out to be Smoke Up Smith, a notorious car thief. When Betty discovers his identity and attempts his capture, Smith makes a run for it by stealing a train. A terrific little short with plenty of thrills, local scenery and a train chase climax! Original music scores composed and performed by John Mucci!
back to top