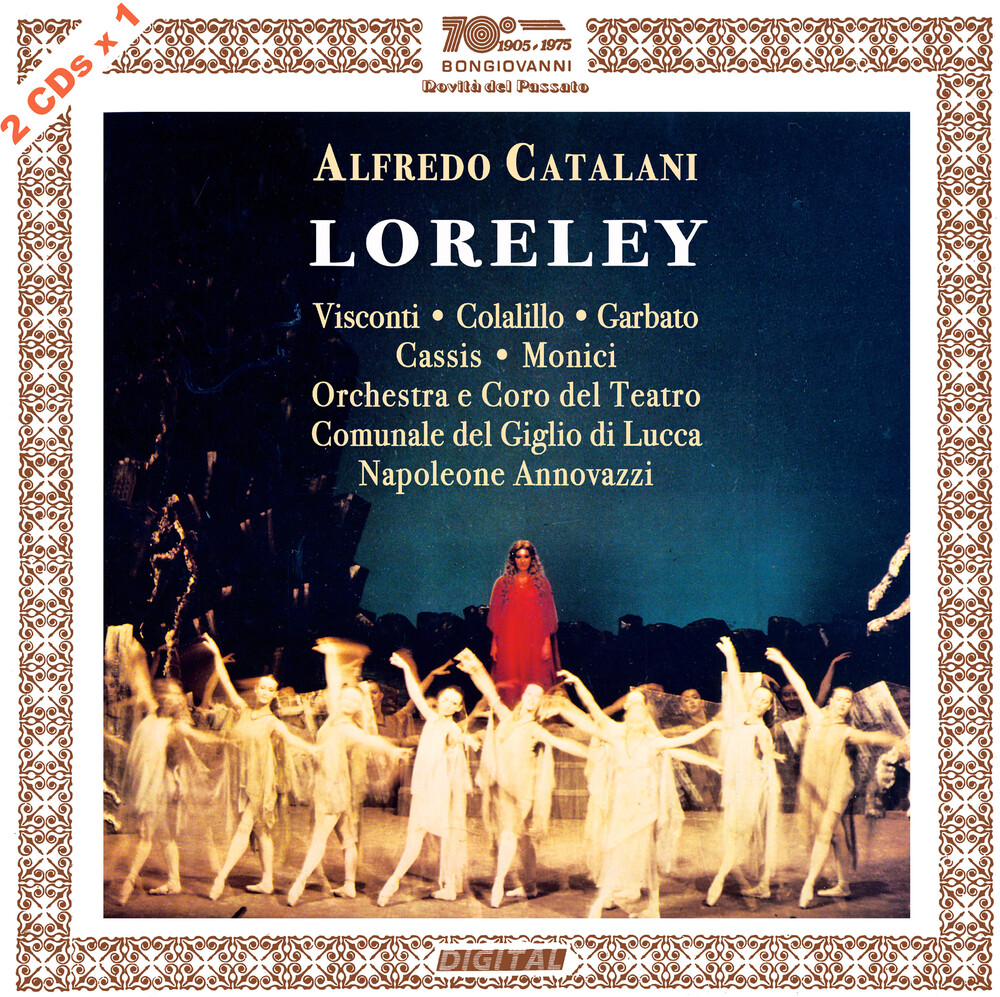 Learning the untimely death of his young colleague, Verdi wrote to Masheroni: "Poor Catalani! A good man and an excellent musician! What a pity! Congratulate Giulio (Ricordi) on the few and touching words he said for that poor man. What a shame! And what a rebuke for the others!" Indeed, Catalani's short existence was troubled by a restless struggle against the inexorable disease that undermined him and that carried him off untimely, and by the difficulties sometimes insurmountable in becoming popular as a successful composer. It was a great affliction that lasted some twelve years and that was made more doleful by the urgent need of creating and by the incomprehension that took the place of the first Milanese enthusiasm. Loreley is a vital opera, thanks to the authenticity Catalani was able to infuse in it with his fantasy and day-dreaming, with his relish for harmonic and instrumental delicacy. The unforgettable and touching funeral march with the intermittent and sorrowful participation of the chorus and of the solo voice, or the famous Danza delle Ondine immersed in a voluptuous sonorous atmosphere are pages that remain on the top of the canon of melodramatic literature.
back to top