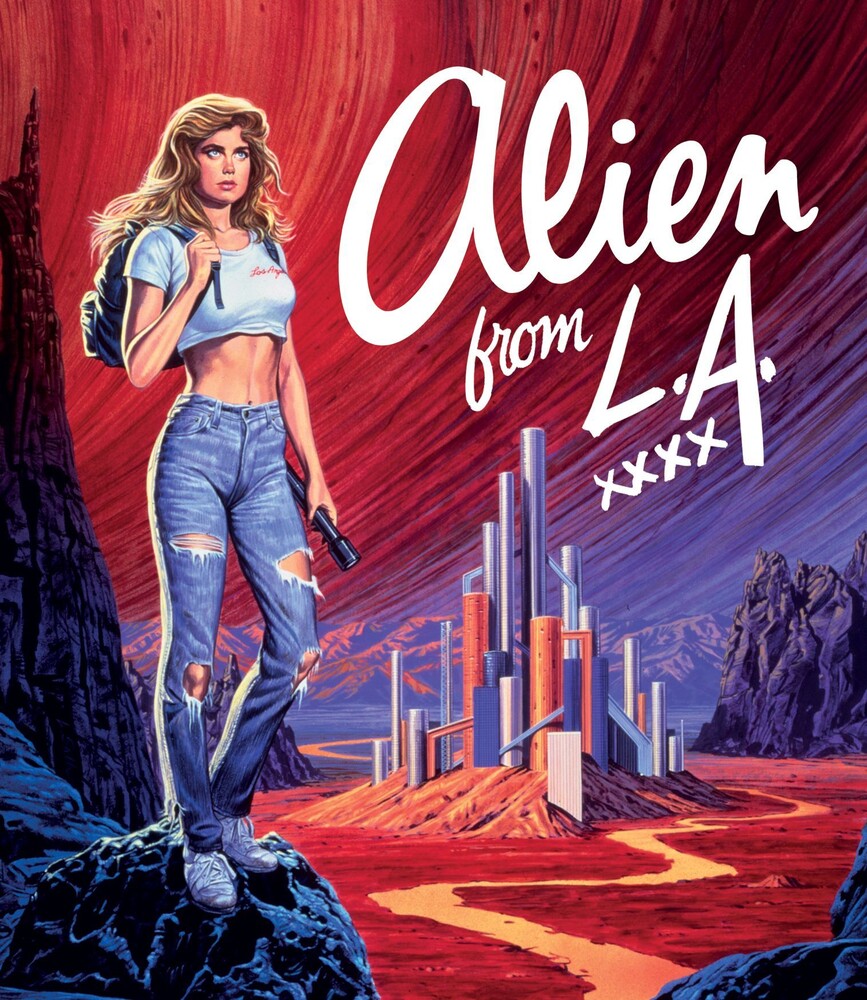 Wanda's famed archeologist father has been missing for years. Out of the blue, she receives an unexpected letter from her father's colleague in Africa informing her that his disappearance is due to his presumed death after falling down a bottomless pit. Deciding to make the transcontinental journey in the hope of finding him alive, Wanda flies to Africa only to end up stumbling down the same pit as her father. Once at the bottom of the hole, she discovers that it's the gateway to a lost subterranean civilization - Atlantis! Unfortunately, the Atlanteans don't take too kindly to visitors from the Earth's surface... An intentionally absurd late 80s cable TV mainstay from Cannon Films, helmed by beloved cult filmmaker, Albert Pyun (Radioactive Dreams, Nemesis), ALIEN FROM L.A. stars actress and model, Kathy Ireland (The Player) in her breakout role, along with William R. Moses (TV's JAG) and Linda Kerridge (Fade to Black). Vinegar Syndrome presents this wonderfully wacky sci-fi comedy on Blu-ray, newly restored in 2K.
back to top