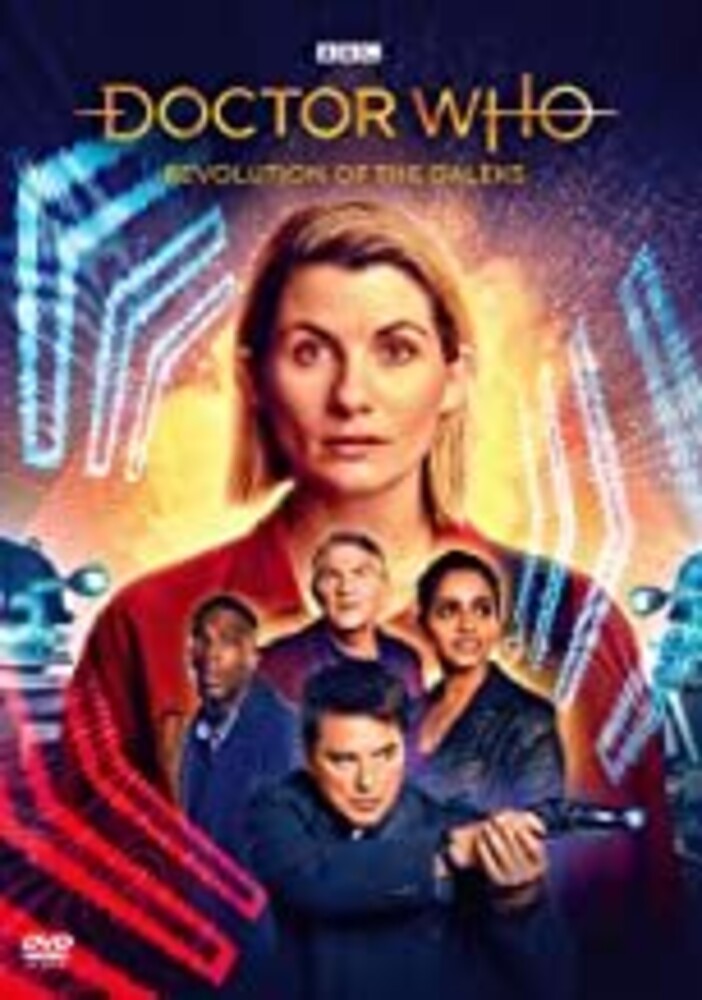 A project is underway to use Daleks as defense drones on Earth... and the Doctor (Jodie Whittaker) is doing time in a prison on a distant planet. Busted out by the rakish and immortal Captain Jack Harkness (John Barrowman), and reunited with Graham (Bradley Walsh), Ryan (Tosin Cole), and Yaz (Mandip Gill), can the Doctor and her friends defeat the metal menaces and save the world? Chris Noth, Harriet Walter also star. 45 min. Widescreen; Soundtrack: English.